Again, as Vikram spoke, to answer the question of Betaal, he escaped from Vikram’s custody. Though Vikram followed him and fought him deadly to take back in his custody and again they started for the Yogi’s place. On the way, Betaal praised Vikram for his bravery, intelligence and analytical skills. To kill the time, he started telling a new story ... END_OF_DOCUMENT_TOKEN_TO_BE_REPLACED

Once again, as Vikram answered Betal, Betal escaped from his grip and flew back to his place on the tree in the graveyard. Vikram followed him and fought him. Vikram overpower Betaal and took him again into his custody, and left for the Yogi’s place. Vetal started talking to Samrat Vikramaditya and offered him to listen the story he is ... END_OF_DOCUMENT_TOKEN_TO_BE_REPLACED

AS Vikram answered the question, Betal got back to his place and Samrat Vikramaditya have to get him back again with the same struggle he made in the first attempt. Again on the way to the Yogi’s place, Vetal (Betal) started telling another story in order to pass the time their way back. It is the story of  “King Roopsen ... END_OF_DOCUMENT_TOKEN_TO_BE_REPLACED

After Vikram controlled Betaal, he left for Yogi’s place where he was doing ultimate worship. On the way from graveyard to the Yogi’s place, Betal (Vetal) started talking to Vikram. He told Vikram that he will tell him a story which will help them passing time when keep walking. There is a catch though, Vikram should have to hear the ... END_OF_DOCUMENT_TOKEN_TO_BE_REPLACED 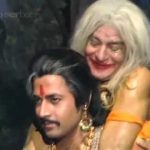 Vikram known for his qualities of bravery, intelligence, analytical skills and philanthropy, used to go to the temple every morning and on his way back from the temple, He listened to the complaints of people and donate the stuff to the needful. One day when he was donating the valuables to the people, he found a saint was also there in the ... END_OF_DOCUMENT_TOKEN_TO_BE_REPLACED

The tales of Vikram and Vetal

The name of Samrat Vikramaditya is very popular and taken with respect especially in Indian subcontinents. King Vikramaditya or Vikram often referred as veer Vikram (the brave Vikram) was famous for his qualities. He is considered as one of the most ideal kings a citizen or a kingdom could have seen. He was given the title of “ParDukhBhanjan” (The one ... END_OF_DOCUMENT_TOKEN_TO_BE_REPLACED