PanchTantra : Wit and Wisdom with Knowledge – A Fun Way

Wit and wisdom are the greatest assets one can have. We often used to hear “Knowledge is the power”, which is absolutely correct. But to use the right piece of knowledge at the right place and the right time is something more important than just having possession of the knowledge. Probably that is the reason older man’s wisdom is referred not the cleverness. A knife can be used to cut or cut through anything that is what we can say “knowledge”, how to use a knife for positive purpose and not for any anti-human or anti-social stuff is the “wisdom”.

We – humans – have an incredible asset called a brain, which can hold a  lot of knowledge and wisdom both. So we know what to do at a specific time. Though you also have heard that “Common sense is very uncommon”, fun apart, but this is the truth. We often see people using their knowledge in the wrong place or time. The aim of establishing schools are giving the growing humans, the wisdom in-forced with the knowledge. That’s the reason, the lifespan is classified into 4 different segments. From which, the first segment is, to get prepared with the education (in broad meaning). This arrangement affirms that “we all know the importance of having knowledge and wisdom, and we arranged some great ways to provide the same treasure to all the humans at the very first stage of life”. All of which seems very planned and perfect (of course it is); but still it is found very tough to follow the path always. 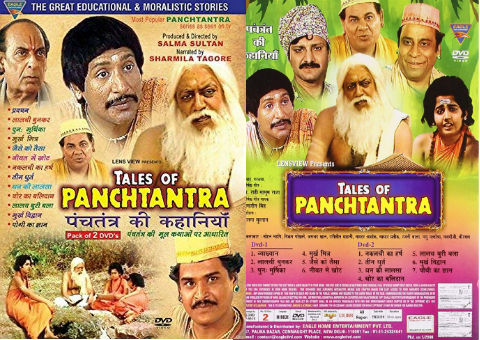 There are various factors involved which may create hurdles when trying to implant these qualities into the kids. First and foremost, their inexperience. As they know from nothing to very little about life, as they have not faced it yet. They are found not as serious to accept the qualities as much as the wise men are serious to implant the same into them. At the little age, children are mischievous and playful, and that childhood, the carefree phase of life. But at the same time, it is the right time to start the voyage of knowledge and wisdom.  Another factor is the feelings of parents and other elders which lets them think that, let the child enjoy this period of childhood. They sometimes blind their eyes towards some of the wrong things done by the children. Till mischievousness, it is fine. But there must be a boundary that the kids should know. Of course, the stuff should be gradually executed. Sometimes elders think there is plenty of time left for the child to know the stuff, and they will learn automatically with the age. Another factor is the availability of the valuables at ease for the children. The children need not earn anything to get what they wanted. Which sometimes makes them ignoring the importance of several valuables. All these are the realities and of course childhood is childhood, it must be for joys and fun, it cannot be ruined with loads of strictness.

What is the solution then? Well, it is hard to find and easy to get! Our ancestors who initiated the culture of Gurukul, have shown the way. Let the child be the child and enjoy the fun, as well let him know the responsibility. When they live in Gurukuls (we call it hostels nowadays, but they are not real Gurukuls); they have to do their daily works on their own, they need to do some other work (of course of their caliber) allotted to them and on the other end the Guru and his wife and their fellows showers them with love and  never let them felt they are away from the family. The children got to have all the joy, fun and love of life along with the education. Which arm themselves with the knowledge and the wisdom, to fight the battle of real-life they need to face when grown up.

In very old times, there was a King, who was very brave, kind and intelligent. For him, his entire kingdom was his family and he was taking care of all the citizens fondly. For some of the days, he was found dug into worries. Upon asking the reason behind his worries, by his ministers, he reveals that what will happen of his kingdom after him. As he found none of his three prices capable of handling the kingdom. In fact, they all lack wit, wisdom, knowledge any other qualities. Which are a must for a king; because he has very large amount of responsibilities to care for. The king was unable to find any way to solve the problem.

Then he was advised to contact Pt. Vishnu Sharma, one of the respected, saint-like teachers living in his kingdom. Who later on took the responsibility to educate all the prince. Pt. Vishnu Sharma has developed a very unique and effective way to do what he was intended for. He took the boys at his Ashram – Gurukul, far from the city – in the jungle, to keep them stay with him. He was used to telling a story with a moral daily, to the boys, and then ask them the moral of the story. Gradually the children got enthusiastic to solve the puzzle, to earn the real moral of the story, and thus getting the lesson of knowledge and wisdom. All the stories Pt. Vishnu Sharma told the student were very small and yet effective. The collection of the stories is known as “PanchTantra”. The stories have heard the children of the modern generation during their childhood from elders and even the part of their textbooks also. Children enjoy hearing these stories and they are so effectively educating them that, it is also published as cartoons, comics TV serials, and even referred to in the movies as well.