Agatha Christie is known as Queen Of Crime (fictional thrillers). The books and short stories she wrote are loved by people incredibly and they are all so popular. She have created various fictional characters including Hercule Poirot and Miss Marple amongst the others. 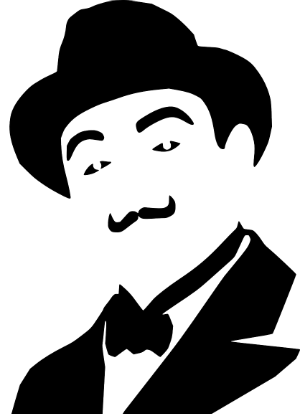 Hercule Poirot is a Belgian detective who works on various cases and resolve them. A TV Serial was made and aired in Briton in 1989 featuring David Suchet as the protagonist. The TV serial got so much appreciation and love from the audience that there were 13 seasons of the same was created! The last season was completed in 2013. So in a way we can say it was spread over the span of roughly 24 years! A benchmark for any TV Serial. David Suchet also achieved benchmark by working as the protagonist in all them! Yes, he played Hercule Poirot in all 13 seasons! From 1989 to 2013!

And he didn’t achieve the milestone without hard work, of course. Before the shooting was begun he decided to go through all the work of Agatha Christie featuring Poirot. So he can understand the character better. He, for many days, made a routine to read it and note down the attributes of Poirot. He was then able to be the closest match of the character, as imagined by the author in the book. In fact, we found the references that his portrayal of the character was praised and approved by the family members of late Agatha Christie. And they confirm that Agatha herself should have approved the act of David as Poirot. After the end of the last episode (title: Curtain) of 13th (last) series, there was a 50 minutes documentary titled: Being Poirot aired. As you can understand from the title, it is about David’s efforts to get ready for live the character of – Hercule Poirot.

Here is a public video available at YouTube by BFIEvents (it is – Dead Man’s Folly Q & A session with David Suchet on 27 October 2013):

It is not only David retained the role for all the seasons. There are some other actors who played their roles for various seasons.

Apart from this team, there are several actors who have played (more than one) various roles in different episodes. The list includes the following actors:

Here are the season-wise episode details:

9 Episode was aired as part of second season:

We will keep reviewing the stuff episode wise and update this page with links and other information. So, do not feel disappointed if you are unable to see an episode detail/link here it will keep updating. To get updates at your inbox, you may follow our RSS Feeds and/or bookmark this page! You can also share it with your friend and family who you think are fan of Hercule Poirot, Agatha Christie, Crime Fiction Or Crime Thrillers for sure 🙂

We must say the DVD quality is quite good and remastered print and sound will make you enjoy it.