FlipKart, one of the major E-Commerce players in the Indian marketplace, is in news recently for several reasons. Be it the competitive challenge it have to face due to launch of Amazon’s India marketplace or closure of Flipkart’s MP3 downloading store – flyte.

As they have recently backed up by a remarkably large amount of investment, they are all geared up to woo the customers of India, one of the largest E-Commerce zone around the world.

Take a look at the rates: 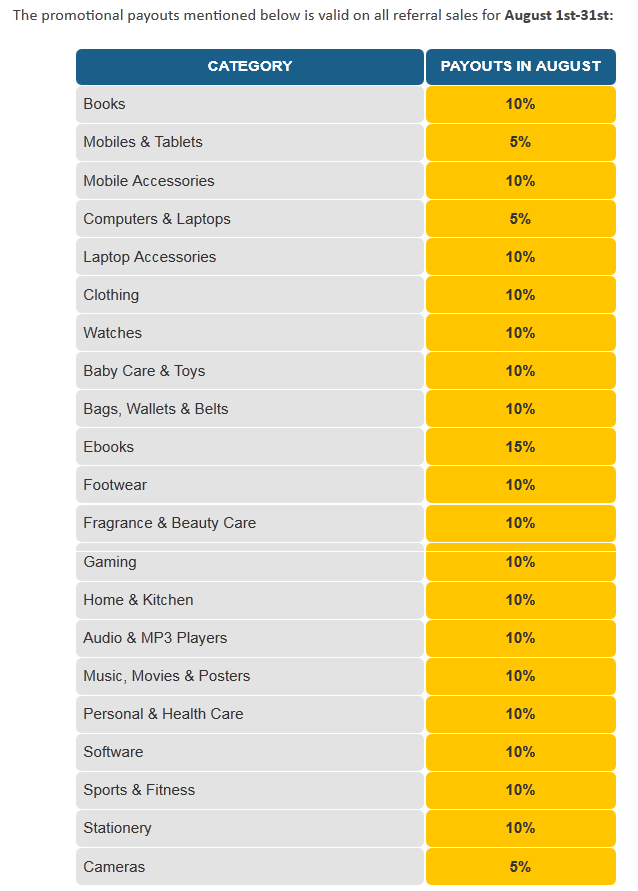 So, the webmasters who use affiliate marketing, may like to consider Flipkart.

Flipkart Is Offering More Commission To Affiliates For July 2013

Flipkart Is Gearing Up To Retain Its Place | Tech Updates

Search within a site or domain | Google Search Tips And Tricks