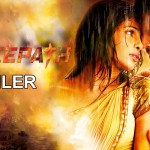 Agneepath, the movie hit the screen and it is declared as a super hit. The previous version of the movie was interesting in its own. It was not hit economically on first release but was acclaimed. Related reading for you: English Vinglish | Hindi Film | Bollywood movie Reviews Commando – A One Man Army | Bollywood Film (2013) | ... END_OF_DOCUMENT_TOKEN_TO_BE_REPLACED

Who can forget Jonathan Swift and his tales of Gulliver’s Travels. The tales are translated in various languages around the world and they have fascinated kids for many generations we can say, and it will continue doing same. There is no hesitation in saying that it is found equally fascinating for the youth and elders too. We love them throughout ... END_OF_DOCUMENT_TOKEN_TO_BE_REPLACED

Chitkabrey, a movie released recently and it was critically accepted but was unable to do any magic at the box office. Chitkabrey means striped (like Zebra for example). Shaded with black and white and remains Grey at some of the places. Related reading for you: Heropanti | Bollywood Movie | Hindi Film | Personal Reviews Delhi Belly Hindi Film | ... END_OF_DOCUMENT_TOKEN_TO_BE_REPLACED 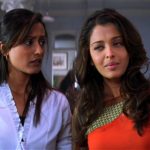 Bride and Prejudice, a Bollywood version by director Gurinder Chaddha of the novel “Pride and Prejudice” was released in 2004 with featuring the leading pair of Aishwarya Rai and Martin Henderson. The movie was released in India in its Hindi version called “Balle Balle, Amritsar to LA”. The screenplay by Chaddha and Paul Mayeda Berges follows the story line of ... END_OF_DOCUMENT_TOKEN_TO_BE_REPLACED