An entire generation is grown up watching John Rambo doing the larger than the life actions on the screen. It played a vital role in establishing Sylvester Stallone as the star who can pull the crowds to the box office just by his name. You can compare the movies see the growth of Stallone as an actor, polishing himself with ... END_OF_DOCUMENT_TOKEN_TO_BE_REPLACED 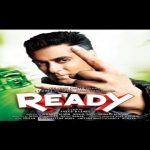 Ready is a commercially made typical Bollywood masala film. It tells the story of Prem [Salman] who is a nice looking youth. His parents Mr. and Mrs. Ram Kapoor [Mahesh Manjarekar and Anuradha Patel] want him to get married and made some failed attempt of the same recently. As Prem tries helping Khooshi, daughter of one of his neighbour (to ... END_OF_DOCUMENT_TOKEN_TO_BE_REPLACED 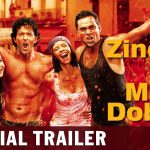 Zindagi Na Milegi Dobara, is the story of three friends and their intonational, experimental and life-changing journey. Arjun [Hrithik Roshan] is a financial trader who works at a firm in London, he grew up without his father and he is a self made man who knows the importance of money and willing to grow bigger. His motto is earn enough ... END_OF_DOCUMENT_TOKEN_TO_BE_REPLACED 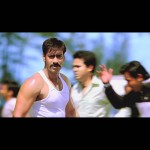 Its the time of commercial movies that were the choice of public before a few years. Call them a masala film exploring larger then the life characters where a typical hero is capable to fought a bunch of villain’s henchmen single handedly. The people knowing the fact that it is not possible in real life keep enjoying the same though. ... END_OF_DOCUMENT_TOKEN_TO_BE_REPLACED

Recently watched the critically acclaimed Hindi film Shaitan which was released on June 10, 2011. The film starts with the mentally disturbed girl Amruta Jaishankar – Amy (Kalki Koechlin) who is having visions of her mother with herself in a bathtub, about to shrink Amy and herself. Her father (Rajit Kapoor) tried all to get her cured without luck so ... END_OF_DOCUMENT_TOKEN_TO_BE_REPLACED