The February 2016 issue of Safari – a knowledge magazine from India – Gujarati edition is published quite on time. We are of course excited to see the content of the same and here are our views and reviews for the same. 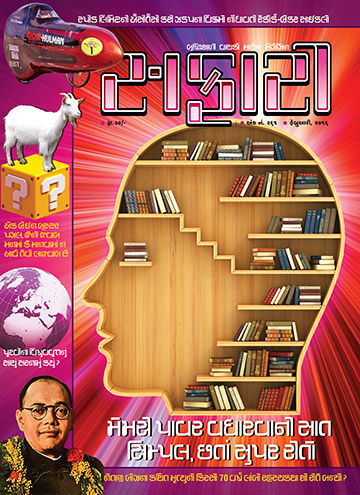 The cover page is very attractive and interesting.

We have mentioned in many articles that we consider “the editorial” as one of the most important part of any magazine. It not only establishes a link between the reader and the editor but also gives the editor to represent his/her vision about the content of the issue, and current happenings.

The editorial of this month talks about “Free Electric”, a cycle which produces the energy in addition to keep you fit.

It is important to know about such amazing things. These are the real life changing things. Why can’t we think to implement such things in Gym? At the end of the day, so many such cycles (as replacement of regular cycles in gym, which are used by the members anyway) to produce a lot electricity for a small unit?

We all know a lot (or at least basics) about Prime Meridian aka Greenwich Meridian. Recently we got to read that it is actually not situated where it is believed to be!

Do we know that the same is true for Equator as well? There are people who are represented the fact about Coriolis effect (or shall we say mis-represented here), when they visit Ecuador. For example check this YouTube video:

By seeing one such demonstration, the famous columnist Bob Berman raised his wish to do the experiment on his own! And… Well the article by B. M. Purohit, explores a lot of facts. Don’t give it a miss.

Have you heard about Monty Hall problem (If not, please visit https://en.wikipedia.org/wiki/Monty_Hall_problem)? Susheel Bhatiya brings an interesting article here. As today when Brain games are are considered as “brain tonic”, such puzzles become more relevant and gets more exposure. The puzzle on the first hand looks pretty simple and it is obvious to think that we know the answer. However if you keep moving ahead towards the solution, you may find that it is not the case.

The article will be found interesting by those who loves to explore talent driven games.

Netaji Subhash Chandra Bose was an ace freedom fighter of India and he will be remembered that way for ages. There are many controversies associated with him during his life and the scenario is not changed even today. His death is considered as a mystery and a lot of people from the country believes that all the information about his death should now be disclosed and made public. Nagendra Vijay comes with a very interesting article about the mysterious death of Netaji. The article is well written and the content itself will make you feel the amount of research made, to compile the same.

Nagendra Vijay brings one more interesting article which analyse the facts about education. It is mainly focused on students of USA.

Editor Harshal Pushkrana comes here with an interesting article about Cycles. The article is studded with photographs of various cycles, by seeing which you will say, “well, this is not looking like a cycle!” The article is informative and a good read.

Super question of the issue:

The super question of this issue is quite interesting. More importantly, it is not just hypothetical, but it is linked to our daily lives. In simple English we can say that the question is:

Is there any simple way to improve memory power? And what is the reason that in many cases we tend to forget the answer during the exam, despite of learning it thoroughly throughout the year?

Remember, there is no magic wand here or no way to do it overnight. The magazine however focuses on the some basic and effective ways to improve memory power in the article. Which includes:

According to us, it is definitely a “value for money” issue. It gives you best for not only the money, but also for the time you spend to read it. It is hard to find such nice reading material at such low cost. The only thing in its against is, it is available in a regional language only, making its reach limited.