If you love watching International TV Shows and thrillers are your cup of tea, you must have heard about the TV Show named 24. Chances are that you are even fan of the show. It is fast paced, well scripted TV show, which ran for 8 seasons and two half seasons (so far)! Famous Indian actor Anil Kapoor got a chance to work in the same and he liked the idea of the show very much that he bought the rights (in November 2011) to make Indian adaptation of the series. This Indian adaptation – season 1 – was aired from 4 October 2013 through 21 December 2013 and got commercial success. Inspired by the commercial outcome of the same the producers have decided to carry on the same with season 2 as well.

When we found the TV Serial available on Amazon India, we went ahead and bought it. Unfortunately though, the second disc in the pack was defective and hence we needed to return the product. We however are on the way to purchase a new copy of the same. Here are our personal views and reviews for 24 – Indian TV Series – DVD pack. We will provide episode wise reviews and share with you what we like and what not. However we will try to not to reveal the plot as much as possible (especially the high points and suspense) to keep your thrills intact when you watch it; chances are there that there will be some spoilers for sure. 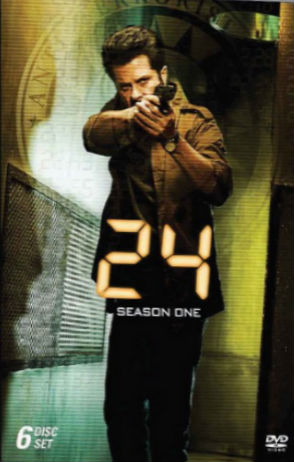 Here is a short list of characters from Hindi TV serial 24 and their original counter part from the English version. (Some of them are are heavily influenced and some of them are loosely based on the counterpart).

This TV Series is often referred by various articles as a path-breaking TV Serial. It is true partially. Though these days we see saas-bahu family drama, religious TV serials which are often stretched too much and some not-so-good-quality TV series hogging up most of the air time; the Indian Television was presented with versatile content even from the early Doordarshan days. (Of course, 24 is a real good crime-thriller TV series to go for).

The series was shot with the latest technology and hence you will find the audio and video quality up to the mark. It often gives you the cinematic experience. The background score also stands out.

Short summary: The TV Serial is packed with powerful performances for rightly chosen actors to play respective role, the tight screenplay and proper dialogs. The background music, the overall authentic representation of various aspects of political, criminal and high society world are other plus points. The flawless direction and good camera work makes is a visual treat for thriller lovers. Please make sure that there are some scenes where actions are hardcore and require parental consent to view it.

Do not forget to share this article with your friends over various social networks via Twitter, Facebook, Google Plus and others. And yes, you may like to subscribe to our RSS feeds and follow us on various Social networks to get latest updates for the site to land right in your mail box.