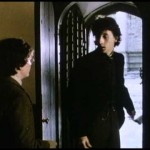 Sometimes the fictional characters got more popular than they are intended for. This popularity beyond the imagination, sometimes make the ego of the creator hurt. Related reading for you: Sherlock Holmes: A Game of Shadows | Hollywood Movie Reviews Elementary – An American take on Sherlock Holmes | TV Series Review Pilot Episode of Elementary | An American Take On ... END_OF_DOCUMENT_TOKEN_TO_BE_REPLACED 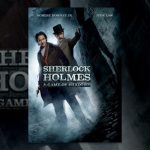 Thrills and mysteries are loved by the people based on various psychological reasons. Anyway, at the end we want to see that the Truth Triumph. We hate it otherwise. It is very tough to create the fictional characters people can relate to. There are a few such successful attempts, Sherlock Holmes – the detective is one of them. He is ... END_OF_DOCUMENT_TOKEN_TO_BE_REPLACED 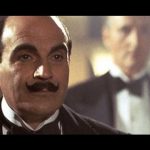 Published in 1936, The ABC Murders added significantly to Agatha Christie’s fame as a genius of a crime-writer. The book is considered one of her best works and is a thrilling adventure from start to end.The book features Hercule Poirot in his full glory along with Arthur Hastings and Inspector Japp of Scotland Yard. The chase starts when Poirot receives ... END_OF_DOCUMENT_TOKEN_TO_BE_REPLACED

Published in 1931, “The Sittaford Mystery” by Agatha Christie is set in the tiny, isolated village in Dartmoor. A Mrs. Willet and her daughter has come to live at this outlandish place in dead of winter and are paying a very high rent for the house of Mr. Trevelyan. Related reading for you: The Murder of Roger Ackroyd by Agatha ... END_OF_DOCUMENT_TOKEN_TO_BE_REPLACED

“The Secret Adversary” by Agatha Christie, is her second published work after “The Mysterious Affair at Styles” and like the later it first appeared as a series of seventeen episodes in “The Times” – weekly edition during August – December, 1921, followed by publication in the book format in 1922. Related reading for you: N or M by Agatha Christie ... END_OF_DOCUMENT_TOKEN_TO_BE_REPLACED