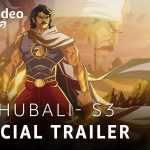 Baahubali, the name became a legend itself with the commercial (and critical too) success of the first movie in the series. The success of the movie followed by its second installment or shall we say the second movie in the series. It is one of the highest grosser films even outside of India. Here are quick links to our unbiased ... END_OF_DOCUMENT_TOKEN_TO_BE_REPLACED