We found one more commencement speech worth sharing with you. So here we go…

Professor Marc. S. Lewis (Ph. D.) possess the expertise in Clinical Psychology. He was the speaker for the commencement ceremony hold on 19th May 2000 by University of Texas, Austin.

The good thing is, the transcript of the entire speech is available at http://homepage.psy.utexas.edu/homepage/admin/Grad/lewis.html. So we all can go through the motivational speech by him and get inspired.

Here we present summary of the speech as per our vision. The views are completely ours and you may or may not be agree with the same. But, how about sharing your thoughts in either case via comments below? We love to hear you.

Marc starts in a very good style. He tells three stories to convey the messages. This pattern reminds us of famous commencement speech by Steve Jobs (he also presented his views in similar manner, but we will discuss it later sometime).

The first story is about The first tightrope walker.
A man earns expertise on rope walking with a lot of efforts and hard-work. Eventually he decide to be more and more adventurous. There comes a time when he succeed in crossing the Niagara Falls. After this successful mission he tried it in more adventurous way like crossing the Falls (on the rope of course) by picking some goods in his hand, blind folded and even on a cycle! 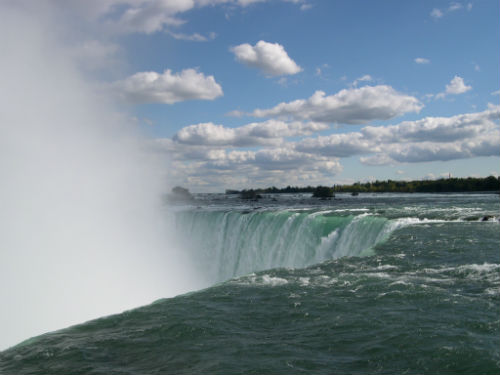 Now he decided to go one more step ahead. His next target is to cross the Falls by pushing a wheelbarrow!

There was large crowd waiting to witness the adventure. When the ropewalker asked the people that whether they believe he can cross the Falls?! Everyone was positive. He then asked it for several times (in filmy manner). And everyone was 100% sure about his ability, so the answer was big YES.

He then asked the crowd for a favour! What was that?

The message is simple that you need to believe in something. Once you know the things and you got expertise in the same, you have the actual and genuine knowledge of the things, then you can surely know what could be done and what could not be. So what if the task looks scary. If you acquired the true expertise and your knowledge is correct about something, you should be ready to accept the challenges.

Second story is about The Bet.
Here Marc tells another story which belongs to himself and his two friends. During their study days they were having a great repo. One day while playing careers game they bet about who is going to achieve the most success in the life. It reminds you of Hindi movie “3 Idiots” right?! 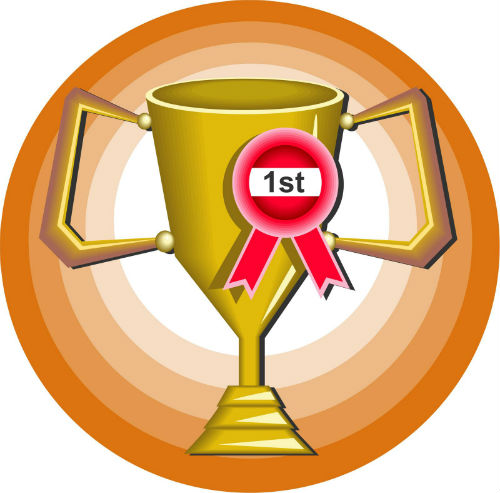 Well, then he moves ahead in giving us the real life details about what happened in each of their lives. Sadly one of the friend was expired and now only two of them remain. They met over on the leap year day of 2000 and were unable to decide who was more successful! Well, the one thing they both were sure about is, if they haven’t had the motivational force of “the bet”, they might not have achieved this much. Accepting a challenge (or deciding a target) keeps you motivated to push your boundaries for sure.

Who won the bat, by the way?

Third story is about The Worst Olympic Ski Jumper Ever

It is the real story of Eddie “the Eagle” Edward, who represented Britain in 1988 Olympics (held at Calgary) in Ski Jumping.

Through the story Marc tells how the opinions of the people can be changed about you over the time and how can you represent the facts in proper manner to think in your favour. Well, the story is not about that, it is about what Eddie thought about himself. Actually he performed very poor in the game (he was 56th of total 56 participants). But there was a good side too!

What was that? How Eddie got the fame?

Eventually things went bad for him. He lost his money. He crashed during post Olympic jump was badly injured!

Now, how he feels about himself? 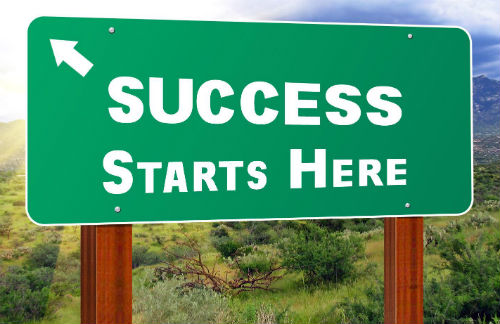 We suggest you to follow the Transcript link to get all the answers.

Being a psychology expert, Marc was able to deliver the speech in interesting manner. His choice of words is good to for. The important thing is the content of the speech. We can say he hit the “Bull’s Eye” in terms of conveying his thoughts to the audience (and readers too).

What are your views about this intelligent and motivational commencement speech by Marc Lewis?

You may also like to read our summarized views regarding some other commencement speeches, which we found interesting, inspirational, motivational and got a chance to write about. What you think about this commencement speech? Do share your reviews and views via comments below. And yes, do not forget to share this article with your friends over various social networks via Twitter, Facebook, Google Plus and others. And yes, you may like to subscribe to our RSS feeds and follow us on various Social networks to get latest updates for the site to land right in your mail box.