Larry Ellison is the executive chairman of Oracle Corporation and chief technology officer. He founded the company in 1977 and served as CEO until September 2014. He was often referred for his lavishing lifestyle. Eventually, the experiences in life made him a composed and wise man. He was invited to deliver the commencement speech at the convocation ceremony of USC, 2016.

His commencement speech is inspirational. Actually, the real-life experiences he shared are really worth to hear in his own words. The best thing about this speech is, it is available to watch for free on the public domain of YouTube. So anyone around the globe, with an internet connection, can watch and get inspired from the same.

In his mesmerizing voice, Larry talks about his childhood and his childhood dreams or rather childhood ambition. Like any other average US middle-class family member, he too was keen to study medicines and pursue a career in the same and of course, raise a family. Not only back then, but even today, and not only in the USA, but in almost all major countries of the world, being a doctor is considered as the most desired career one can have.

Eventually, it became crystal clear to him that he doesn’t like the field! And he tried but failed to cop up with it. As a result, he was dropped out of the college at the age of 21! He then talks about his experiences at Berkley University and how he started enjoying the life there. He falls in love with the beauty of nature and became an Environmentalist, which he is proud of being. He started doing a job that kept him in the lap of mother nature. So it was a job he loved. The job was not paying him that much.

That is how he came into computer programming, another job he loved.

However, he failed to live up to the expectations of his wife! Earlier he was unable to live up to his family’s expectations (by not being a doctor). He then came to a conclusion that their dreams and my dreams are different, and I will not confuse between both them. Probably, this is the first lesson to learn from the speech:

Be the person you want to be, not what other wants you to be.

Don’t sacrifice your dreams for the others’. There is a difference. Be the person you want to be, not what others expect from you.

Well, we need to have a reality check here. Just blindly following passions without analyzing the pros and cons, our own abilities and limitations, is a foolish thing. And, if someone chases his/her dreams without being in reality, it is the stupidest thing one can do!

He then talks about how he established Oracle. He clearly states that his idea was never to make a big company. He himself never thought that it will grow beyond 50 employees! But, he wanted to create a job for himself. A perfect environment in which he would love to work in! And, he knew that none of the other companies can provide him that. He thus needed to build his own! And, he hired some of the best brains he can.

Of course, his idea of building a relational database, which can work in the real environment was thumbed down by the experts of the industry and considered it crazy! And, then he learned one more lesson. 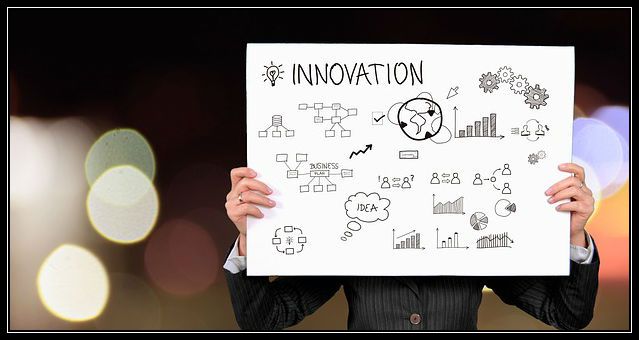 Come up with an important idea, which can solve real life problem. No matter if it sounds crazy.

When people start telling you that, you are crazy, you just might be on to the most important innovation in your life!

Well, again you need a fact check here. As Larry pinpointed, it is quite possible that “you might be crazy, actually” :).

And once, the innovation came to the existence, it can create a new world, which even the innovator also might not have imagined. There can be endless possibilities.

And one more important thing he elaborates while talking about his experiences with the success of Oracle is, Everyday, I was constantly learning new things.

It is very important to keep a student in you alive and be open to learning new things, always.

He then talks about his friend Steve Jobs. The entire incident is worth to hear from Larry himself. The lesson to learn from it is, Money isn’t everything, moral high ground are even more important.

In his own words:

After a certain point, it can’t be about the money. After a point, you cannot spend it, no matter how hard you try. I know, I’ve tried hard. But, it is impossible. In the end, the only practical option is to give nearly all of it away!

So find something which you think is important and can make a mark, and do your best to accomplish it.

It is definitely worth to watch commencement speech. The time you will spent for it is going to be one of the worth moments of your life.

Please remember that this is not the transcript of the commencement speech. It is our own summarized interpretation of it. Let us know if you find something interesting in the speech which we missed, we love to read you.

And yes, do not hesitate to share this article with your friends and loved ones 🙂

Lessons to learn from Jodi Picoult’s commencement speech at Princeton