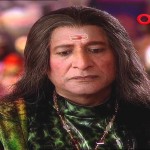 Lets continue reviewing “Kahani Chandrakanta Ki”. As we know the story starts when Shiv Dutt [Punit Issar] visits back the fort of ShivGadh, the only legacy he have after the defeat with Virendra Singh [Santosh Shukla]. He meets KrurSingh [Shailendra Singh] and others here. He asks Bhanu Pratap Singh to summon Pt. Jagannath [Rajendra Gupta] to meet him the next ... END_OF_DOCUMENT_TOKEN_TO_BE_REPLACED 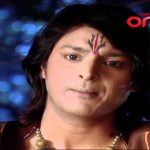 What a nice serial “Chandrakanta” was? Produced by Nirja Guleri and directed by Sunil Agnihotri. It was aired on Doordarshan from 1994 to 1996 during which, almost 73 episodes were telecasted. The story written by Babu Devakinandan Khatri, when bought to the small screen, it was made as glorious as possible. But it was the acting and persona of the ... END_OF_DOCUMENT_TOKEN_TO_BE_REPLACED 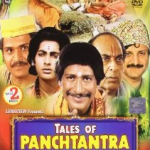 Once upon a time, somewhere in ancient India, there was a Brahmin living. His wife was complaining him on the regular bases about their poverty. They were running short on fulfilling their own basic livelihood, including food. The Brahmin decides to do a Yagna (a ritual) to make the God happy and help him improve his living standards. Though he ... END_OF_DOCUMENT_TOKEN_TO_BE_REPLACED