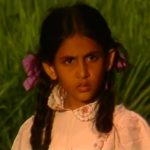 BrijMohan Singh come to know that his father fixed the engagement of Kalyani, who is still a child. He got to meet his father to resolve the matter. He requested his father to let Kalyani study. Though the discussion goes wrong and his father refuse to hear BrijMohan anymore. He asked BrijMohan to either live as per his decisions or ... END_OF_DOCUMENT_TOKEN_TO_BE_REPLACED

Explore the strengh within, to Fly – Udaan. 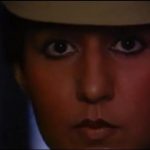 Way back in 1990s and you will surely encounter the memories of Udaan TV serial which was aired on DoorDarshan, if you were watching TV during those days. This Hindi TV serial which was written and directed by Kavita Choudhary was loved by the viewers. It  was about jonurney of a girl from a small village with a male dominating environment to become ... END_OF_DOCUMENT_TOKEN_TO_BE_REPLACED

The tales of Vikram and Vetal

The name of Samrat Vikramaditya is very popular and taken with respect especially in Indian subcontinents. King Vikramaditya or Vikram often referred as veer Vikram (the brave Vikram) was famous for his qualities. He is considered as one of the most ideal kings a citizen or a kingdom could have seen. He was given the title of “ParDukhBhanjan” (The one ... END_OF_DOCUMENT_TOKEN_TO_BE_REPLACED

There is a strange case presented to the Akbar’s court by Mulla Do Pyaza. The main opponents are Teacher Shrikant and a wealthy Businessman. The businessman claim that the teacher have borrowed some amount of money from him which he refuse to return. On the other hand the teacher claim that he have borrowed the money from the businessman but ... END_OF_DOCUMENT_TOKEN_TO_BE_REPLACED

When the boy reached to meet the emperor Akbar at his palace, he saw that the guard (played by Arvind Rathod?) standing outside the door kept pleasing the special people like Mulla Do Pyaza with utmost respect. But when it came to treat the laymen, he used to be as rude as he could. If you placated him with the bribe, ... END_OF_DOCUMENT_TOKEN_TO_BE_REPLACED

It would be very rare to find a person in India who hasn’t heard of the witty tales of Akbar and Birbal at one stage or another in his/her childhood. The tales are so much popular because of the following reasons: 1. It explains that knowledge is power. 2. Wit is the greatest asset. 3. Wit helps to rise a person from the ... END_OF_DOCUMENT_TOKEN_TO_BE_REPLACED