Ranna lived in the little village of Peoplepur. The village set in arms of a mountain called Giriraj and there was a great river flowing at its feet called Varini. Peoplepur was far away from everywhere. Generations of its folks had lived here without any link to the outside world. 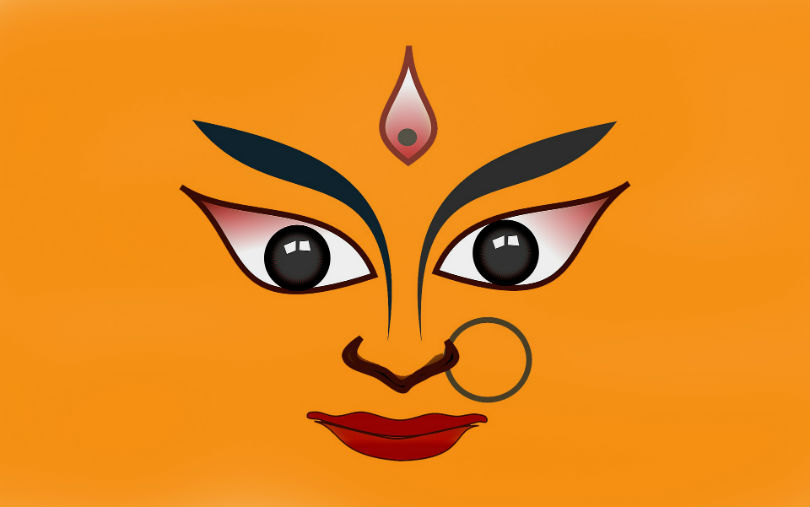 Ranna’s family had lived in Peoplepur always. Her grandfather had said that it was a long long long time ago that the village was borne from the mountain. All its people also came from the mountain. Dadu said that they have always woken up with the sun and slept with the moon. They had food from the earth and water from the river. Trees had always been their friends and gave them fruits and shelter. The cows had always shared their milk and bees had always shared their honey.

So they had always had plenty of everything they needed. In return, people were grateful to their friends and looked after the trees and cows and birds and bees.

When Ranna was five years old, something changed. Varini started to look thinner. People were concerned but Dadu said that may be because the rains were low.

The fishes in the river said that there was a big wall in their way now as they travelled to Ranna’s village. And the birds said that there were very big and noisy and smoky birds in the sky that were chasing the clouds away. And the mice said that when they went up the mountain, they could see too many lights in the night.

Ranna and Neeli thought about this, but then the rains came and so they forgot about it.

When Ranna was seven years old, Varini was so thin that she almost disappeared. So Ranna talked to Neeli again. And Neeli asked her friends again.

The fishes in the river said that there were now many big walls in their way as they travelled to Ranna’s village. And the birds said that there was so much smoke in the air that the clouds were staying away. And the mice said that when they went up the mountain, they could see too many lights in the night.

So Ranna decided to see the big walls for herself. One night, Ranna and Neeli went to the middle section of Varini where the water was deepest. Neeli called her friend Machhli. Machhli was so big that she could swim for a very long time and not be tired. She could even carry Ranna and Neeli on her back.

Ranna and Neeli and Machhli went to the big wall in the river. Ranna had never seen anything like that. It was a stone wall with many doors in it. And there was big noise coming from the other side like there were many angry giant wasps humming in there. 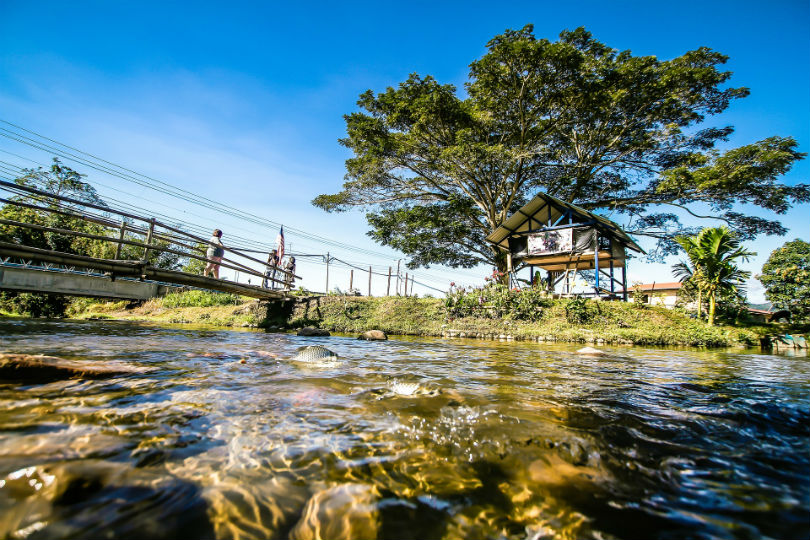 So Ranna told him about how the river was getting very thin near Peoplepur and it was making the people, the trees, the animals, the birds and the bees thirsty.

‘You are a good little girl.‘ the big man said. ‘But this dam provides water to millions of people who live in the city of Raipur and to the farmers in Raipur district and to the factories.‘

Ranna didn’t know what factories were or what millions meant. But she understood that this water was saved here so a lot of people can use it.

She thought for a while.

‘When Ma gives me sweets, she always asks me to share those with my friends and Neeli and sparrows and ants. She says that everyone gets a little then and no one is hungry.‘

She thought a bit more.

‘So if you save some for your people but share the rest with us, there will be water for everyone.‘

The big, kind man stared at Ranna for a few minutes and then laughed. ‘Right you are, little girl.‘ he said.

‘I will open one door on the dam and that should allow enough water to keep the river flowing through the summer.‘ But that will only work if people in Raipur understand the value of water, he thought to himself.

‘You have reminded me that the Earth is home to not only humans but also trees and animals and birds and bees. It is home to all of us and we all need to look after one another. There is enough water for all of us if we all share it. I’ll always remember to use only as much water as I need. If we all stop wasting water, there will be enough for all.‘

He took Ranna and Neeli to a big room where the wall was filled with lot of blinking, colourful lights and switches. He pushed one switch and then pointed to a window. Ranna and Neeli could see that slowly one of the doors in the wall was opening and water was going through the gate and into Varini.

They jumped with joy and thanked the big, kind man. They ran down the steps to Machhli and all three of them swam home in Varini which was looking much fuller than it had before…..

Remember friends, Earth is a home to all of us. By using only what we need we make it a better home for all of us.

The story of the weaver | PanchTantra | Views and Reviews