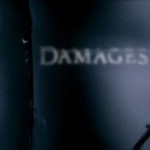 If you are a regular reader of ThinkerViews, you already know that periodically we talk about some good TV Series we found worth sharing about. In the same arena, let us talk about an English TV series named Damages. If legal drama is your cup of tea then US TV Series Damages can prove a good choice for you. Daniel ... END_OF_DOCUMENT_TOKEN_TO_BE_REPLACED 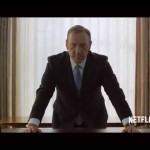 House of Cards is a fantastic political drama written by Michael Dobbs. It is then adopted into a TV Serial of the same name in UK, which met with critical acclaim and commercial success, and available as a set of DVD now. Inspired by the same Beau Willimon have adopted this drama into US political environment in which Kevin Spacey ... END_OF_DOCUMENT_TOKEN_TO_BE_REPLACED 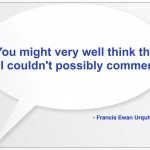 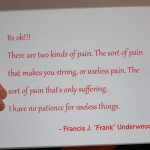 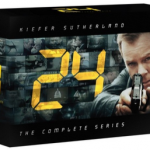 Episode #3 of US TV Series White Collar is titled as Book of Hours. Like every other episode of White Collar, this episode also is complete on its own. It focuses on case of the theft of a Bible. And parallel it moves ahead the story of the prime characters of the TV Serial as well. TV Serial : White ... END_OF_DOCUMENT_TOKEN_TO_BE_REPLACED