Posted by: Editor2 September 21, 2022 in Books, English Leave a comment

We strongly believe in the saying “Reading is to mind, what exercise is to body”. And, to do intense exercise we love to explore mysteries. I have heard a lot about the works of Phyllis Dorothy James, popularly known as P D James, and was curious to explore the same.

As part of the same quest, I got my hands on Unnatural Causes, a murder mystery by her and couldn’t stop myself from reading it at the first opportunity.


Sharing here my personal and unbiased thoughts for – Unnatural Causes.

Let us take a look at the cover page of the book, the gateway to the virtual world explored within. 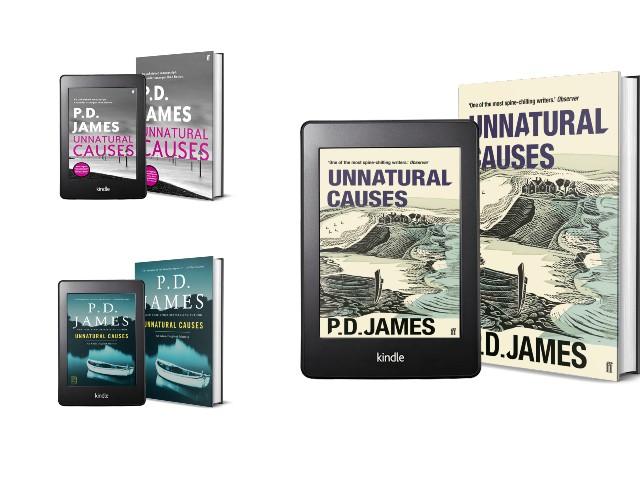 As you can see, different versions of the book has a cover page based on the imagination of the designer, technology available and resources on hand at that time. The right one represents the small town – Suffolk, quite authentically. The bottom-left one looks quite polished and it represents the site where the first murder happens. The cover in the left top looks glossy and use a little attractive cover but doesn’t show much details.

As per my opinion, despite looking old and more like a line-drawing, the cover page in the right is more faithful to the story.

Adam Dalgliesh is now respected amongst the people associated with law enforcement including police and legal arena. The way he helped the authorities in solving previous cases is remarkable. He is now looking forward to have a small vacation at her aunt’s place. Of course, he need to recharge himself and get some relaxing time, but, more importantly, he is at a point where he needs to take a decision about his domestic life. His future with the lady he (mostly) is going to get married to; has to be finalized. So he need some time to think properly, get advise from his aunt (if he think so), before proceeding further.

But, the fate is unbeknown to us, and so to Adam.

And, he became a part of a murder investigation!

In the very small town (better to call it a colony) Suffolk, where only a handful people lives, one of the them found dead. Strangely, his hands were chopped off from a certain place! Of course, Adam was not called in by the police/authority, eventually, he joined them to uncover the truth.

A local detective novelist, Maurice Seton, becomes himself the subject of investigation when his boat washes ashore with his body inside, with both his hands cut off, seemingly with a meat cleaver. And, strangely, it is a very similar scenario, Maurice mentioned in his upcoming book (which he was working on manuscript of)!

To continue investigation he has to visit London and reach back to Suffolk from there. And, with him, the story also gets stage at those locations.

Rest of the story, I think is better to explore by reading it.

Unnatural Causes is segmented into 3 sections

It gives you a very clear idea about how the story flows ahead.

The book is a good thriller and the suspense it holds till the end is remarkable. Of course, the readers of our time will find it moving at a comparatively slow pace. Also, the paragraphs in the book are quite long and so does sentences. While very descriptive exploration of surroundings and background adds detail to the scene, it also may prove to be a “turn off” factor for some of the reader, if elaborated beyond a certain limit. As a reader, you need to be more focused and attentive throughout the book.

Reading such books gives you a clear idea about the environment and lifestyle of the time when the book was originally written. So, we can say that, in a sense, the book has its “retro” value.

Here are a couple of quotes from the book, regarding how women were treated in Europe those days.

The club is exclusively masculine; women are neither admitted as members nor entertained.

He also noted that, although the club excluded women from membership, the ban did not extend to their books, so that the library was fairly representative of crime writing during the last 150 years.

This will give you a hint about the progress we’ve made so far. And, how the cultures like “Indian” (Bharatiya) was very advanced and inclusive since early days. Of course, the medieval times the things were changed due to successful invasions in the subcontinent.

The way the author has made the first murder victim – an author – and the way he got murdered resembled the situation mentioned in his own book, is now found mentioned in many books, TV Series, Movies and other media. What makes it more interesting (from a thriller lover’s point of view) is, the book is yet to be published! So, who got the idea about murdering someone in such a way? Was the killer already possessed (or got a chance to read) the manuscript? This is the attribute I think, most of the readers will find amazing.

The corpse without hands lay in the bottom of a small sailing dinghy drifting just within sight of the Suffolk coast. It was the body of a middle-aged man, a dapper little cadaver, its shroud a dark pin-striped suit which fitted the narrow body as elegantly in death as it had in life. The handmade shoes still gleamed except for some scuffing of the toe caps, the silk tie was knotted under the prominent Adam’s apple. He had dressed with careful orthodoxy for the town, this hapless voyager; not for this lonely sea; nor for this death.

Continuing that, the author is good at elaborating scenes, feelings and emotions through small lines also. For example:

It had been an unremarkable face even in life, and death had given it nothing but a pitiful vacuity.

The child’s parents had fastened on him like drowning swimmers gulping for reassurance and hope and he could still feel the almost physical load of their sorrow and guilt.

Like overexcited children at the end of the party, they wanted to go home.

Nothing is more irritating and frustrating to a detective than any uncertainty about the extent of his responsibility.

You can also find witty oneliners, sometimes with the dose of sarcasm too

The room had lost its peace. Dalgliesh reflected that it was extraordinary how much noise seven people could make.

Nothing about a suspect’s character is irrelevant in a murder investigation..

Your food seemed to disagree with the last of my acquaintances who dined here.

Latham said calmly: “I forgot to buy coffee when I was driving from town yesterday. So I decided to call on my one neighbour who could be trusted to provide a decent blend without an accompanying lecture on my inefficient housekeeping.”

Here are some other lines I would like to quote from the book. I found them interesting due to various reasons:

“Reckless is no fool though.” Latham still seemed amused. “Did you notice how he said hardly a word but just encouraged us to babble on in our childish, egotistical way? He probably learned more from us in five minutes than other suspects would tell him in hours of orthodox questioning. When will we learnto keep our mouths shut?”

So Elizabeth was in bed. She must have driven home fast from Tanner’s Cottage. Her aunt was uncertain whether to be glad or sorry. She had a sudden need of company but she couldn’t face questions or arguments. There would be much to discuss, but not tonight. She was too tired.

Suddenly Dalgliesh was seized with an anger so intense that for a few seconds it paralysed speech and even thought. It swept through his body like a wave of physical nausea leaving him white and shaken with self-disgust. Choked with this anger he was luckily saved from the worst follies of speech, from sarcasm, indignation or the futile protest that his aunt would, of course, make no statement except in the presence of her solicitor. She needed no solicitor. She had him. But, God, what a holiday this was proving to be!

Reckless said: “So you kept in with him because of his money. And he kept in with you because he was afraid of being completely alone?”

“Well, that’s how things are.” Seton was unabashed. “That’s life. We all want something from each other. Is there anyone who loves you, Inspector, for yourself alone?”

Without being in the least attracted to him physically she was beginning to find him interesting, even a little intriguing. It was surprising what the possession of £200,000 could do for a man.

He had a tantalising and irrational feeling that somewhere, and very recently, he had seen a clue to Seton’s death, a fugitive hint which his subconscious mind had registered but which obstinately refused to come forward and be recognised. This experience was not new to him. Like every good detective, he had known it before.

Dalgliesh loved this emptiness, this fusion of sea and sky. But today the place held no peace for him. He saw it suddenly with new eyes, a shore alien, eerie, utterly desolate.

And of course, the poetic lines:

Remember me, you said, at Blythburgh

As if you were not always in my mind

And there could be an art to bend more sur

A heart already wholly you inclined.

Of you, the you enchanted mind bereave

More clearly back your image to receive,

And in this unencumbered holy plac

I you possessed must needs remember still

At Blythburgh my love, or where you will.

These quoted segments must have given you a fair idea about the book and the quality of content it possess. Our main aim is to talk about various aspects of the book, represent them to you by avoiding as many spoilers as possible; so you can decide whether you find it interesting.

So, are you going to read this book? Or have you already read it?

It is an interesting thriller that is quite linguistic and requires attention from the reader. The readers of the current generation may find it running slower at pace and may not be able to link to some of the attributes mentioned in the book. But, if you can read it with open mind and keeping the times of events and social setup of that time, you will definitely enjoy reading it.

The Source by James A Michener | Book Review