We recently wrote about the Juggernaut App available for Indian readers. We just got an opportunity to read a new book published by Juggernaut called “City of Death”.

A dysfunctional family, a ritual obsessed psychopathic killer, an able but disgraced cop, all let loose in a giant of a city – result? A fast paced, exciting thriller at best, a melodrama at worst. 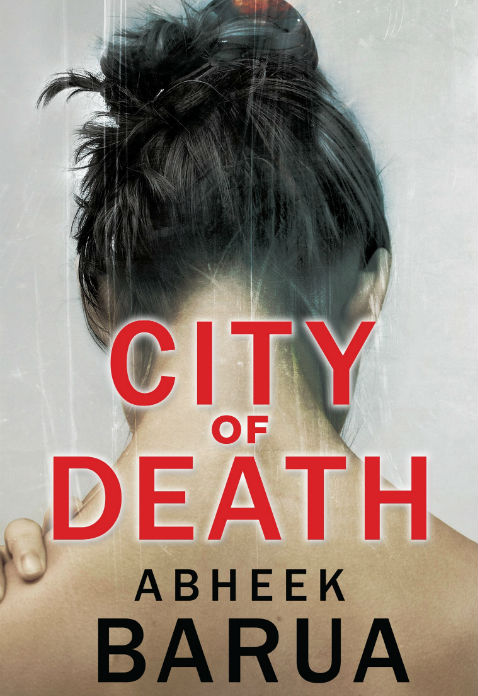 The plot thickens as the victim’s father uses all his political connections to allocate the investigation to Sohini Sen, a once promising crime branch officer who was shunted to paper-pushing job after her involvement in a very high profile case. Sohini is currently a confirmed alcoholic and drug addict and it takes her quite some time to understand this sudden and rapid development resulting to her return to the mainstream work with another high profile case.

Assisted by Arjun Sinha, Sohini embarks on a quest to unravel details of Ahona Chatterjee’s life hoping these would lead her to a possible reason for her death and in turn point out the murderer. They meet the quietly powerful and affluent father, an apparent socialite of a mother, an obsessed brother, a fairly unaffected sister-in-law, her friends, and her psychiatrist and so on.

Meanwhile, the media is having a field day in advertising Sohini’s past and present failures. This however comes to an end when Arjun reveals that he has access to some very damaging evidence against the head of the daily newspaper leading the campaign.

As Sohini and Suraj make progress with the investigation, it appears to be more and more likely that the murder was committed by a family member. The moment this leaks, the family exerts their influence to dead-end the case and Sohini is shifted again to low-profile work. But, in one of those fantastic co-incidences of nature, Sohini and Suraj come across a murder of another young woman that has taken place a few hundred kilometers away – being treated by local police as a robbery gone wrong.

The forensic evidence is solid and the similarities between the deaths of the two women are so convincing that Sohini and Suraj start looking for common factors between their lives.

They do seem to find the one common link in the end, but not until the reader realises that Sohini is intended to be the next and final victim. What will happen to her? Will death be a punishment or a release?

In parallel to the main story, we are also given glimpses of the killer’s life starting from childhood to present day in an attempt to explain his psyche. There are also hints about the background stories of Suraj and Sohini’s personal lives, each has experienced some sort of personnel loss making them the people they are today.

The city itself is referred to often, however a lot of key events take place outside it. Bengali accent and idioms are ever present with very typical Bengali characters, but the book could have been set in any of the Indian mega-cities with no change in events. The title doesn’t seem relevant at first glance as the city just seems to be the playground of all these characters who come together from different wakes of life and different places, but the city does bring them all together.

It is also a reminder that the modern Indian cities are becoming more and more unsafe for young women, and on a more sinister level that our young girls are not free from molestation even in their own families.

The book reminded us of some contemporary popular works at various places, e.g., the killer obsessed with freeing people from this life is a bit like Ma’lakh from Angels and Demons and the idea of parallel narrative about his life similar to that used by Robert Galbraith in Career of Evil. The first victim Ahona Chatterjee used to injure herself like the heroin of Gylian Flinn‘s “Sharp Objects“.

Information about author and Quotes from the book:

Mr. Barua has worked in the finance sector for twenty-four years and comes across as someone who is well read and we really liked the following quotes in the book:

The wordsmiths at the Bengali dailies have both a way with words and a sardonic wit that can turn the most banal into the titillating. The only artistes in the drab world of facts, they tread the thin line between provocation and offensiveness with the finesse of a seasoned tightrope walker.

The pleasure of blogging lies in the fact that it offers the writer freedom, the ability to write and be read almost instantaneously without the endless wait for a journal referee’s or editor’s approval.

A case is like a jigsaw puzzle where you are handed the pieces but not shown what the puzzle looks like. The turning point comes when some of the pieces have fitted together and you are able to see a picture of the completed puzzle in your mind’s eye. Then it should be easy for you to find the rest of it. If you still find it hard to put your puzzle together there could be two possibilities. Either you’ve got the pictures wrong or some of the pieces are missing. That’s a call you have to take. At times some of the pieces will be deliberately hidden from you. Your job as a detective is to find them.

All in all, a very good first attempt.
The elements for a good thriller are all there and are quite well Indianised.
There is fair amount of violent descriptions and adult conversations.
Best to keep away from children and teenager.
The cost of the book is high.

Buy this book from Amazon India