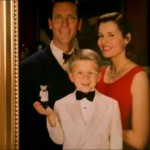 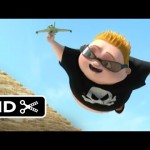 We often said that making a movie for kids is not a kid’s job! If you want to delver a quality movie which is enjoyable and appealing at the same time and that also fit for the target audience (read, kids) is very tough job. There are a few such quality movies which are set as benchmark in the category ... END_OF_DOCUMENT_TOKEN_TO_BE_REPLACED 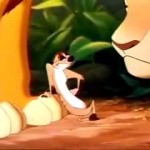 Making a quality movie is a tough job and making a kids special film which is entertaining as well as meaningful is tougher. The Lion King is one such fantastic movie which is loved not only by kids but adults as well. It is one of the benchmark movie which set new standard and quality for animation movies. 32nd in ... END_OF_DOCUMENT_TOKEN_TO_BE_REPLACED

Five on a Treasure Island by Enid Blyton | Book Review

Once in a while, a writer unintentionally creates a set of characters that become popular beyond his/her imagination and their fan-following becomes almost a cult. Julian, Dick, Georgiana, Anne and Timothy the dog came into existence when Enid Blyton wrote “Five on a Treasure Island“. The story featuring the brave children and their dog on a summer adventure was first ... END_OF_DOCUMENT_TOKEN_TO_BE_REPLACED