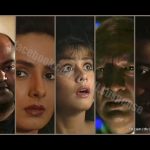 Mysteries and suspense always fascinate humans. According to me, the reason is humans have brains and hence the logic. The entire progress of mankind and human civilization is the tendency of human nature to resolve the mysteries. When we realize there is something we don’t know, we will be doing our best to resolve it. The progress of science is also based ... END_OF_DOCUMENT_TOKEN_TO_BE_REPLACED

When the boy reached to meet the emperor Akbar at his palace, he saw that the guard (played by Arvind Rathod?) standing outside the door kept pleasing the special people like Mulla Do Pyaza with utmost respect. But when it came to treat the laymen, he used to be as rude as he could. If you placated him with the bribe, ... END_OF_DOCUMENT_TOKEN_TO_BE_REPLACED

It would be very rare to find a person in India who hasn’t heard of the witty tales of Akbar and Birbal at one stage or another in his/her childhood. The tales are so much popular because of the following reasons: 1. It explains that knowledge is power. 2. Wit is the greatest asset. 3. Wit helps to rise a person from the ... END_OF_DOCUMENT_TOKEN_TO_BE_REPLACED

It begins with the briefing about Akbar & Birbal and their tales. After that it starts with how Akbar and Birbal met for the first time and their journey onwards. Akbar was not only the ruler, but he was a responsible ruler. Who knew that the “greater power comes with greater responsibility”. He was actually keen and devoted to discharge ... END_OF_DOCUMENT_TOKEN_TO_BE_REPLACED