Recently watched the critically acclaimed Hindi film Shaitan which was released on June 10, 2011. The film starts with the mentally disturbed girl Amruta Jaishankar – Amy (Kalki Koechlin) who is having visions of her mother with herself in a bathtub, about to shrink Amy and herself. Her father (Rajit Kapoor) tried all to get her cured without luck so ... END_OF_DOCUMENT_TOKEN_TO_BE_REPLACED 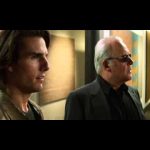 As Mission Impossible 4 will soon hit (and heat :)) the screens, not only the hype for the same is grown but it also reminds the people about previous 3 commercially successful installments of the Tom Cruise starer. Related reading for you: M:I-4 : The Ghost Protocal | Hollywood Movie | English Fim | Views And Reviews Young Sherlock Holmes ... END_OF_DOCUMENT_TOKEN_TO_BE_REPLACED

We often made to think that whether the movie reviews we read are really genuine? Well, to be frank, its not possible to keep personal likes and dislikes away when we refer anything. The thing is a reviewer have to be as neutral as possible in order to provide the genuine unbiased review about the stuff (he is reviewing). Two ... END_OF_DOCUMENT_TOKEN_TO_BE_REPLACED 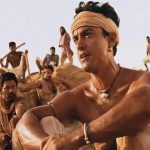 “Once upon a time – in British India” – what are the first thoughts come to the mind of a movie lover? Of course, its the first words we see and hear when we start watching the Hindi movie Lagaan. I think it would be better to call it an epic. The movie which made history in itself. The movie ... END_OF_DOCUMENT_TOKEN_TO_BE_REPLACED

It begins with the briefing about Akbar & Birbal and their tales. After that it starts with how Akbar and Birbal met for the first time and their journey onwards. Akbar was not only the ruler, but he was a responsible ruler. Who knew that the “greater power comes with greater responsibility”. He was actually keen and devoted to discharge ... END_OF_DOCUMENT_TOKEN_TO_BE_REPLACED