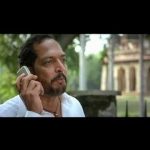 There are no two thoughts about the popularity of Vishwanath “Nana” Patekar and his unique style of acting. He mostly doesn’t play with his get-up also (there are exceptions like Prahaar and a few more of course). He is having his own fan following who like his persona and face with beard. We had last seen him in Tum Milo ... END_OF_DOCUMENT_TOKEN_TO_BE_REPLACED 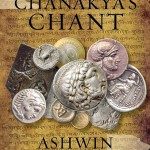 Shri Ashwin Sanghi’s second novel in historical fiction genre “Chanakya’s chant” has already made it to 2010 bestseller lists and is in news again with a possibility of being converted into a motion picture. This seems to be a good idea since the book is more or less like a masala Bollywood movie, but with an “A” certificate. (Image curtsey: ... END_OF_DOCUMENT_TOKEN_TO_BE_REPLACED

Jaya : An Illustrated Retelling Of The Mahabharata | Book Review 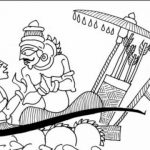 What is it about the Mahabharata that draws every Indian to it? Millenias have passed and yet the epic’s magical power remains intact on the dwellers of the Indian subcontinent resulting in its being reproduced and retold by many. One more such attempt by Shri Devdutt Pattnaik has been published in form of a book called “Jaya” by Penguin Books ... END_OF_DOCUMENT_TOKEN_TO_BE_REPLACED

It came to a few people’s attention that “What Do You Love” which was originally hosted at http://www.google.com/whatdoyoulove/ have got a home at http://www.wdyl.com/; because Google launched it silently. Related reading for you: Search Real Estate And Housing | Google Search Tips And Tricks Fill In The Blanks Using Google | Google Search Tips And Tricks Search within a site ... END_OF_DOCUMENT_TOKEN_TO_BE_REPLACED 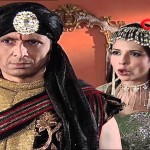 We saw that the real Padmini [Sonia Rakkar] is captured by the soldiers of Param Veer Singh [Shiva] by considering her as the spy aaiyar of Shiv Dutt [Puneet Issar]. Seems, he was convinced by the fake Padmini that she is real and the real Padmini is prooved fake. Khudabaksh- who transformed himself as Padmini- earned the trust of Paramveer ... END_OF_DOCUMENT_TOKEN_TO_BE_REPLACED

Jyotirmoy dey or J Dey was a crime reporter associated with MidDay (a tabloid) Mumbai. Recently he was assassinated by unidentified shooters. Day was famous for his crime reports. The reports by him were considered authentic and it is also came to know that some times even people in uniform also consulted him for some tip. Dey have written two ... END_OF_DOCUMENT_TOKEN_TO_BE_REPLACED