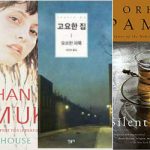 In our continual search for new authors we came across the translations of works by Nobel Prize winning Turkish writer Orhan Pamuk and we shared here our views on his 2017 novel – The Red Haired Woman. As you can see in that review, we found a lot to enjoy and admire in his writing and so we have been ... END_OF_DOCUMENT_TOKEN_TO_BE_REPLACED 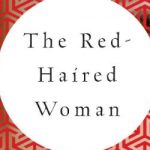 There is not much left to be said about credentials of Orhan Pamuk after the fact that he won the Nobel prize for literature in the year 2006. Usually, the Nobel laureates are recognised as an icon that represents their country and culture. We like to explore such writers and their works to understand their similarities and differences with the ... END_OF_DOCUMENT_TOKEN_TO_BE_REPLACED