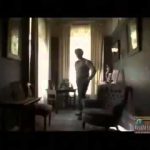 Sherlock Holmes, the numero uno detective is an immortal character created by Sir Arthur Conan Doyle. The character became so much popular that even its creator started feeling jealous from it. In a desperate act to show his real power over the fictional character, he made the character die (in a story named Reichanbach fall)! And, the readers reactions were ... END_OF_DOCUMENT_TOKEN_TO_BE_REPLACED

A Slight Trick of the Mind by Mitch Cullin| Book Review 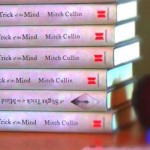 It has been more than a century that Sherlock Holmes was first introduced to readers and even after Arthur Conan Doyle was finished with one of the most entrancing and enigmatic fictional character of all times, the world wasn’t. Mr Holmes has kept appearing in countless ways including books that described new adventures, plays, TV adaptations (Elementary, Sherlock, etc.), and ... END_OF_DOCUMENT_TOKEN_TO_BE_REPLACED 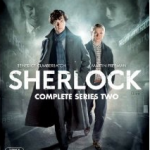 In his conversation with “The Guardian”, Steven Moffat, the writer of British TV Serial – Sherlock – mentioned that “There is a clue in the episode which everybody’ missed”! Of course, he was talking about Episode 3 – The Reichenbach Fall, which was eventually the final episode of the season. As we have mentioned in the previous article that the ... END_OF_DOCUMENT_TOKEN_TO_BE_REPLACED

If you notice it carefully the second season of British TV Serial Sherlock have 3 episodes where Sherlock is challenged to deal with Love, Fear and Death respectively. The Hounds of BaskerVille is thus focused on the Fear factor. TV Serial : Sherlock Season : Season 2 Episode # : 2 Episode Title : The Hounds of Baskerville/span> Originally Aired ... END_OF_DOCUMENT_TOKEN_TO_BE_REPLACED

When the first episode of Season 2 of British TV Serial A Scandal in Belgravia aired it have to deal with even more expectations of the viewers. And we must say that the makers succeed in providing the content expected from them. TV Serial : Sherlock Season : Season 2 Episode # : 1 Episode Title : A Scandal in ... END_OF_DOCUMENT_TOKEN_TO_BE_REPLACED 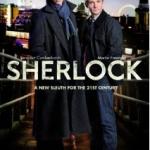 It is often said that genius people are somewhat mad. Possibly their passion for something make them focused on the target and ignorant of everything else, is responsible to create such image. This episode have references from the following stories by Sir Arthur Conan Doyle: A study in scarlet The Adventure of the Bruce-Partington Plans The Adventure of the Naval ... END_OF_DOCUMENT_TOKEN_TO_BE_REPLACED