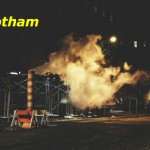 There was a time when American sitcoms like Friends ruled the day, evening and nights. These ran for series after series and attracted millions of viewers. Even today, you can catch a re-run on one channel or another. But as we moved in to the twenty-first century and global television became a phenomenon beyond imagination compared to its ancestors that ... END_OF_DOCUMENT_TOKEN_TO_BE_REPLACED