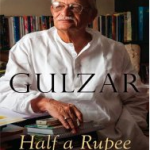 Since a little while we were curious to read a book titled Half A Rupee Stories, as the name of famous poet/writer/lyricist Gulzar is associated with it. We found the book available at Amazon (Kindle Edition) at very affordable rate and we went for the same. The book is translated in English by Sunjoy Shekhar. Here are our reviews for ... END_OF_DOCUMENT_TOKEN_TO_BE_REPLACED 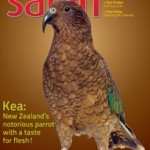 The May 2014 issue of Safari, a knowledge and science magazine from India, hit the newsstand a few days ago. We were curious to pick it up and get the content details for the same to our readers, as usual. Here are our personal views and reviews for the same. Having a picture of Kea (a kind of parrot found ... END_OF_DOCUMENT_TOKEN_TO_BE_REPLACED 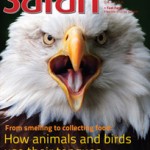 The cover page of Safari – a knowledge and science magazine from India – April 2014 issue, gives us a look of a wildlife magazine at first glance. Here is what it contains and what are my views about the content of the same. According to me an editorial is a kind of face of the magazine. As it represents ... END_OF_DOCUMENT_TOKEN_TO_BE_REPLACED

The second episode of Agatha Christie’s Poirot (English TV Serial, which was aired in Briton), is titled as Murder in the Mews. It revolves around a murder which happened so mysteriously that at first glance it looks like a suicide. TV Serial : Agatha Christie’s Poirot Season : Season 1 Episode # : 2 Episode Title : Murder in the ... END_OF_DOCUMENT_TOKEN_TO_BE_REPLACED 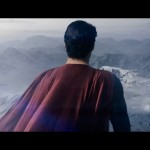 Are we open to watch something which challenge our perception for a specific entity? Since we are kids, we know about Superman. A man who is having power to overcome all the odds. He is the most powerful man. He is the only superhero who can fly without any aids, using his own abilities and power. He wears blue suit ... END_OF_DOCUMENT_TOKEN_TO_BE_REPLACED