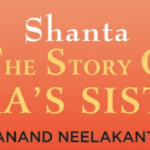 We know a lot of Lord Rama and his family through various versions of Ramayana. The most famous (and considered authentic) two versions of Ramayana are (1) Ancient Valmiki Ramayana and (2)Saint Tulsidas’ Ramayana. Lord Rama (aka Ram) is an ideal human being and his character is dignified and glorified as “Maryada Purushottama”. There are many Film/TV Series adaptations were ... END_OF_DOCUMENT_TOKEN_TO_BE_REPLACED 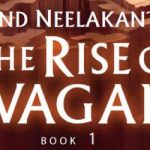 The commercial success of film Baahubali: The Beginning (or Simply Baahubali) resulted into multiple stuffs. The movie was followed by even more successful sequel Baahubali: The Conclusion. Official game named Baahuali: The game (Official) is launched. There are many unofficial merchandises might have started selling. And more to this is a book series started. S S Rajamouli, the man behind ... END_OF_DOCUMENT_TOKEN_TO_BE_REPLACED

The commercial success of Baahubali: The Beginning is well known amongst movie lovers. It was praised for the special effects so much and is one of the highest grossing movies. It encouraged S. S. Rajamauli to go ahead and come up with the sequel of the movie. Also the famous question “Why Kattappa killed Baahubali?” got so much famous that ... END_OF_DOCUMENT_TOKEN_TO_BE_REPLACED 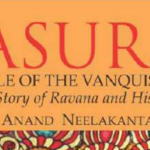 Everyone have his/her own perspective when looking at any event or thing. It is the well known fact that different people have different version of the same incident they all are associated with altogether. And, winners always write the history. That’s why only positive sides of the winners are explored more. And wit the passing time the salt and pepper ... END_OF_DOCUMENT_TOKEN_TO_BE_REPLACED